The purpose of the suggested exercises and care will be to support preventative care for joints while ensuring your dog stays fit, no matter their age.

“Exercise not only builds puppies’ bodies, it helps build their minds” is the motto that has been ingrained in us, though exercise that’s not appropriate for a puppy’s age and development can cause significant and irreversible damage.

An exercise that resulted in a simple sprain for an adult dog could leave a puppy with a misshapen or shortened limb, so the subject of age-appropriate exercise is one that should be taken seriously.

The first concept to understand when it comes to puppy exercise is “growth plates.”  Growth plates are soft areas that sit at the ends of the long bones in puppies and young dogs.  They contain rapidly dividing cells that allow bones to become longer until the end of puberty.

After sexual maturity, the growth plates calcify and the rapid cell division ends. The growth plate becomes a stable, inactive part of the bone, now known as an epiphyseal line.

A study published in the UN National Library of Medicine found dogs spayed and neutered at less than a year of age were significantly taller than those de-sexed after age 1.

Furthermore, the bones of pups spayed and neutered before puberty continue to grow. Dogs spayed or neutered at a younger age often have longer limbs, lighter bone structure, narrow chests and narrow skulls. This results in altered body proportions of certain bones relative to others. But it isn’t just a cosmetic issue.

Early de-sexing can also have unwanted behavioral effects. A further study published in the National Library of Medicine showed that dogs neutered before 5 1/2 months of age had an increased incidence of noise phobias and unwanted sexual behaviors.

Obviously, if you decide to delay your spaying and neutering of your newly adopted pup or kitty, please be responsible if they have reached sexual maturity and are able to reproduce. Make sure they are under your control at all times and don’t breed.

A dog’s bones are held together with muscles, tendons, and ligaments – soft tissue.  In an adult dog, if a joint experience a stress such as bending the wrong way or rotating too much, the bones will hold firm and a soft tissue will be pulled, resulting in a sprain.

Why this matters so much is that, unlike a sprain, injuries to the growth plate may not heal properly or not heal in time for the puppy to grow up straight and strong.  Injury to a growth plate can result in a misshapen or shortened limb which, in turn, can create an incorrect angle to a joint which can make the puppy more prone to yet more injuries when he grows up. 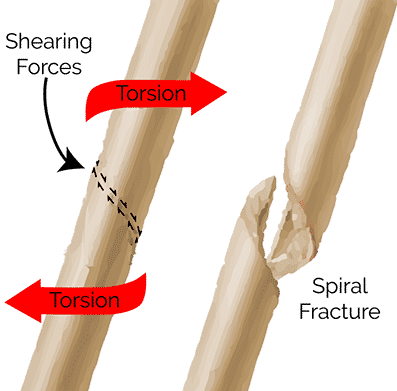 In addition to having soft growth plates at the end of long bones, a puppy’s bones in general are “softer.” Dogs, like people, don’t reach their maximum bone density until after puberty.

This kind of juvenile injury is known as “Toddler Fracture” in humans, and it’s thought to be caused by the fact that the outside, fibrous layer of the bone (periosteum) is relatively strong in relation to the elastic bone inside.  So, any exercise that puts torque on (twists) a bone puts the puppy at risk for a fracture.

Puppies are fit for short runs

Puppies don’t have the cardiovascular system for endurance.  Furthermore, until they mature, they’re probably not able to build much endurance no matter how much they exercise.

After reading about growth plates and toddler fractures, you may find yourself not allowing your puppy to move, let alone run and play.  Relax!  Not only is appropriate exercise not dangerous for your puppy, exercise has been shown to increase bone density in children. Furthermore, those children who exercised were a whopping 50% less likely to fracture a bone. There’s every reason to believe the same holds true for dogs, so appropriate exercise is key to building strong bones in your puppy and preventing adult fractures.  So let’s talk about guidelines for puppy exercise.

Exploring low rock walls and gardens at their own pace is great mental and physical exercise for puppies.

Self-directed play is an overriding rule for any puppy under 18 months old.  The majority of his exercise should be free play, exploring, roaming around. If he shows any fatigue, flops down, refuses to walk, you should listen to him and let him rest.

Do not underestimate the value of a good digging session. Consider digging up a soft patch in a corner of your yard and burying “doggy treasures” in it – great natural exercise for your puppy!

‘No’ to repetition exercises

Probably the biggest cause of growth plate and soft tissue injury is repetitive exercise with a young puppy.  So, until they are about 18 months old, long hikes and walks are out and lots of free-play sessions are in.

Sniffing and Strolling great for pups

While long hikes are out, strolling around in the backyard with you is great.  If no backyard, short, rambling walks are great.  Let your puppy sniff, explore and take it at his own pace.  You can use short training sessions in your walks to work on heeling/loose leash walking, but the majority of the time should be at your puppy’s own pace and discretion.

Kibble trails are also a great way to tire out a puppy both mentally and physically.  Kibble trails allow puppies to stay outside a long time and cover a lot of ground in a very natural way.  You can start with treats/ kibbles, etc. only a few inches apart initially and later 2-3 m apart.

Always remember to deduct the number of treats given from their daily feed so as not to over-feed.

Play with a well-matched and gentle playmate.  Sometimes size can be a factor, as a very large dog, especially one that likes to play with a lot of paw whacks, can inadvertently injure a young or small breed puppy.

That said, a gentle giant may be a better playmate than a feisty small breed dog who likes to body slam.  Keep a very careful eye out and be prepared to throw handfuls of cookies down to interrupt any overly physical play.  Body slams and crazy rolls are spiral fractures waiting to happen!

A gentle giant may be a better playmate than an over-the-top small dog.

Jumping off of beds and couches are major causes of spiral fractures in puppies – we are constantly on guard until our puppies reach two years old and keep them off furniture and beds unless we’re there to help them off.  Use heavy carpet pads and carpets around all furniture and beds to cushion impact, should a young (or old) dog slip by and get up on a high piece of furniture.

Stairs not great for young hips

Although climbing flights of stairs on a daily basis represents an inappropriate strain on puppy joints, doing one or two not-too-steep steps with a non-slip surface would not represent any risk to the puppy and may be a nice body awareness, coordination exercise.

And it’s important to get that exercise in early! Free play after 12 weeks old, while certainly beneficial in general, was not shown to decrease the risk of hip dysplasia in the study. So, once again, self-directed play in your backyard or garden is the best exercise for young puppies.

Ground only toys and playing nice

A puppy chasing a toy will not stop until they are literally on top of the toy, causing both heavy impact and twisting on the bones and soft tissue.  Roll balls or drag toys on the ground for all puppies.  Tug toys should be held low and steady – don’t pull up or back on your puppy’s neck!

Puppy necks are delicate! Hold toys low and allow the puppy to pull instead of you tugging on the toy.

Worried that you won’t be able to tire out your puppy without long exercise sessions? Try 15 minutes of mental exercise such as walking over poles. Have your dog work for their food – place your pup’s meals inside a toy and they have to roll it around in order to get the food to come out of the hole. Or you can use a puzzle toy or teach him a new trick like ‘sit’ etc. or a ‘follow your nose’ game! These will wear out your pup more than constant exercise, which can get them more excited and increase the chance of injury. 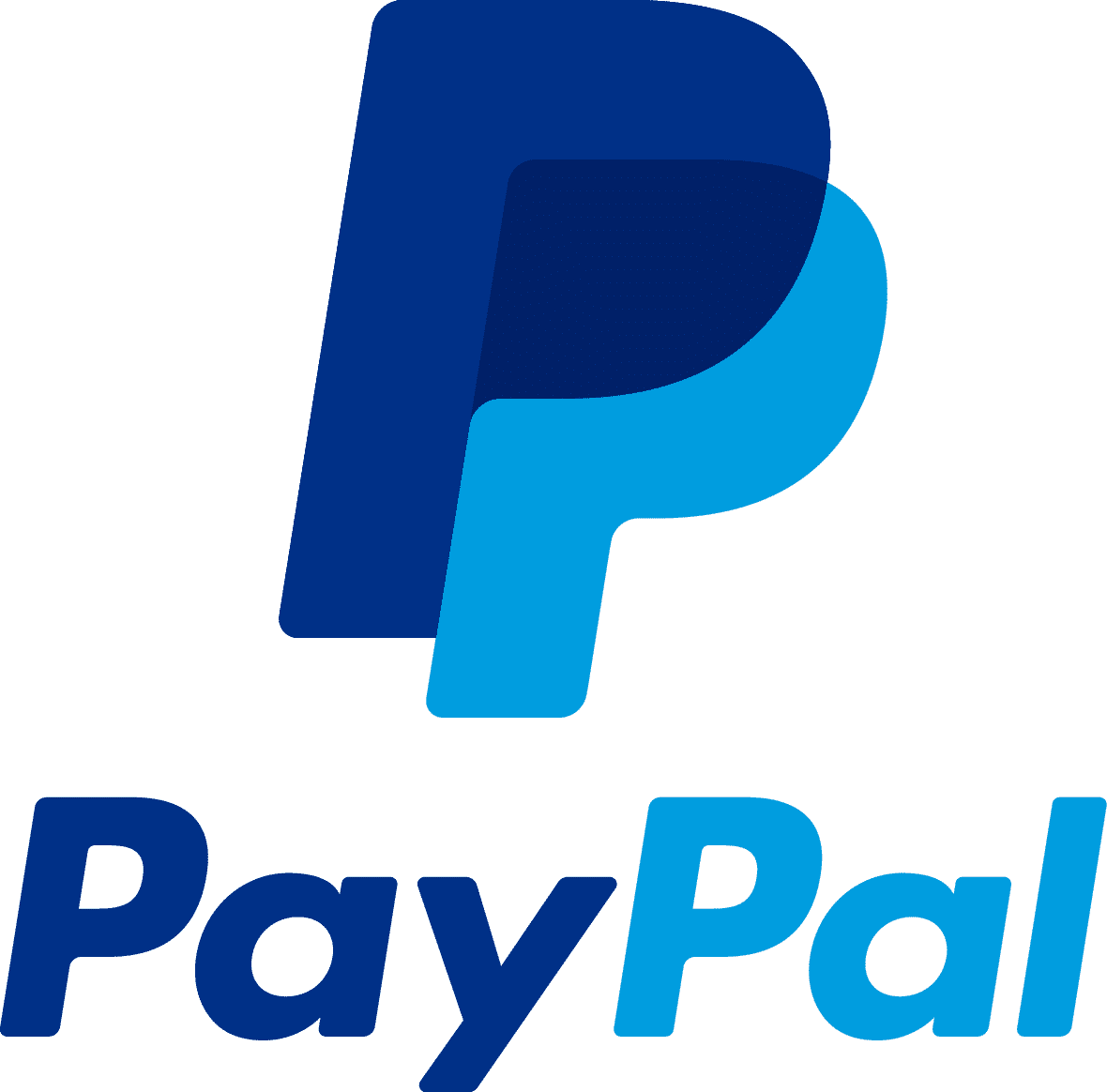 Learn More
got it